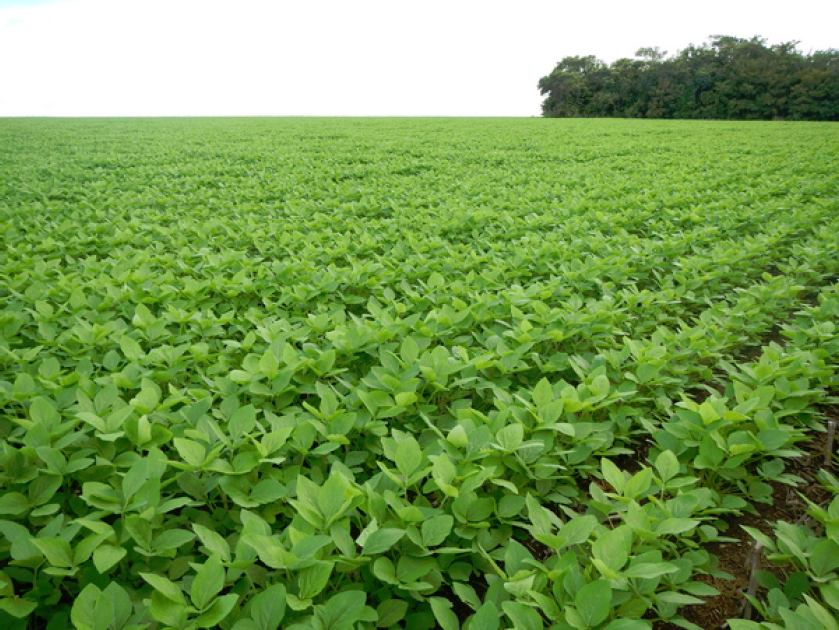 In 2006, following a report from Greenpeace and under pressure from consumers, large companies like McDonald’s and Wal-­Mart decided to stop using soy grown on cleared forestland in the Brazilian Amazon. This put pressure on commodity traders, such as Cargill, who in turn agreed to no longer purchase soy from farmers who cleared rain forest to expand soy fields.

The private sector agreement, a type of supply chain governance, is called the Soy Holly Gibbs Moratorium and it was intended to address the deforestation caused by soy production in the Amazon. In a new study to evaluate the agreement, published today (Jan. 22, 2015) in Science, the University of Wisconsin-­Madison’s Holly Gibbs and colleagues across the U.S. and Brazil show that the moratorium helped to drastically reduce the amount of deforestation linked to soy production in the region and was much better at curbing it than governmental policy alone.

“What we found is that before the moratorium, 30 percent of soy expansion occurred through deforestation, and after the moratorium, almost none did;; only about 1 percent of the new soy expansion came at the expense of forest,” says Gibbs, a professor of environmental studies and geography in the UW-­Madison Nelson Institute’s Center for Sustainability and the Global Environment (SAGE).

Between 2001 and 2006, prior to the moratorium, soybean fields in the Brazilian Amazon expanded by 1 million hectares, or nearly 4,000 square miles, contributing to record deforestation rates. By 2014, after eight years of the moratorium, almost no additional forest was cleared to grow new soy, even though soy production area had expanded another 1.3 million hectares. Farmers were planting on already cleared land.

“We really wanted to understand if the Soy Moratorium mattered,” says Gibbs. “There was a lot of discussion about ending the moratorium in 2014 and we wanted to know what the agreement meant on the ground and how it compared with governmental policy, which is the proposed replacement.”

Brazil, Gibbs says, has some of the world’s most stringent environmental legislation. Public policies, including increased enforcement of state and federal laws, have gone a long way to slow the destruction of rain forest. Yet, the study shows that “government policy alone is simply not enough,” Gibbs says. At least, not yet.

Using 15 years (2000-­2014) of satellite-­based imagery covering the Brazilian Amazon forest and the Cerrado, another large tropical biome in Brazil comprising woodlands and scrublands, the researchers assessed how much land had been cleared to grow soy. They examined land use on thousands of individual farms and identified substantial large-­scale deforestations not penalized by Brazilian authorities.

The team also mapped already-­cleared areas suitable for soy production to assess the potential for future expansion under the Soy Moratorium and determined how much illegal deforestation was still occurring for purposes other than soy and in direct violation of Brazil Forest Code laws.

What the team found was surprising.

For instance, the Forest Code dictates that 80 percent of Amazon rain forest on a person’s property must be held in reserve;; they can only clear 20 percent. Yet, just 2 percent of soy farmers have maintained their legal reserve and even farmers abiding by the moratorium were still illegally clearing forest on their properties, just not for growing soy.

A provision in the Forest Code also requires that property owners register their land, after which their name and a clear map of their property becomes publicly available. While the researchers say this is a huge step forward, the study found that property registration alone does not safeguard forests. For example, nearly a quarter of the illegal deforestation that occurred over the last year in the state of Mato Grosso, the Amazon’s “soy capital,” happened on these registered properties.

Additionally, the researchers found that while soy-­linked deforestation diminished in the Amazon biome, 20 percent of new soy areas created in the Cerrado over the study period directly led to deforestation. Expanding the moratorium to the Cerrado would reduce this conversion.

“It reinforces the idea that private sector interventions will be needed in the long term to maintain the deforestation-­free production of soy,” says Gibbs, who notes that soy is Brazil’s most profitable crop and that most goes to feed animals produced for food. “Without the moratorium, chicken nuggets would once again contribute to rainforest destruction.”

Implementing environmental laws across the Brazilian Amazon, an area more than six times the size of Texas, is a huge challenge, and Gibbs points out that enforcement has significantly ramped up in recent years.
Despite this, the study found that government enforcement efforts capture only between 15 and 50 percent of illegal, large-­scale deforestation. Even then, many factors make execution of fines and other penalties difficult.

Meanwhile, the study shows that a small number of soy traders, like Cargill, ADM and Bunge, have “a lot of power and control to influence land management decisions on the ground,” says Gibbs.

The study also found there is enough already-­cleared, suitable land in the Amazon to allow soy production area to expand by 600 percent. Presently, the area of land used to grow soy in the Amazon is comparable to the size of Vermont. Brazil rivals only the U.S. in terms of soy production and trade.

The team continues to use satellite data and field surveys to better understand deforestation dynamics and land use decisions in the Brazilian Amazon and Cerrado, the most active land use frontiers in the world. Gibbs and colleagues are also conducting econometric analysis to evaluate the interplay between deforestation and the Soy Moratorium, one of the first voluntary zero-­deforestation agreements in the world.

Ensuring this reduced deforestation continues is a priority for those involved, and Gibbs says new approaches to the policy — that combine elements from public and private strategies — are being considered.

“We work closely with policymakers, the agricultural industry and nongovernmental organizations, and aim to use our rigorous scientific analysis to help inform decisions going forward,” Gibbs says.

The study was funded by the Gordon and Betty Moore Foundation, the Norwegian Agency for Development Cooperation’s Department for Civil Society, NASA and several Brazilian agencies. Co-­authors include researchers from NASA;; the University of Maryland, College Park;; the National Wildlife Federation;; Universidade Federal de Minas Gerais, Belo Horizonte;; IMAZON Institute of People and the Environment;; and Instituto Centro de Vida.