Deforestation in Land Reform Settlements in the Amazon. 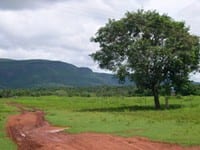 Wood as economic catalystic to ecological change in Amazonia.Deforestation in Protected Areas in the Brazilian Amazon: the case of Rondonia.