By Beto Veríssimo and Paulo Barreto
The next U.S. president could help prevent further deforestation by building on past collaboration with Brazil. 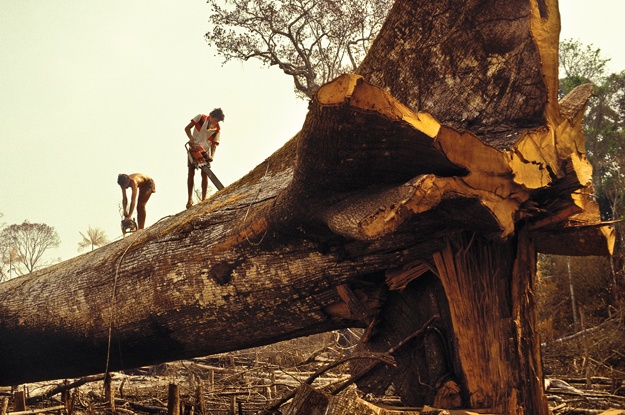 In the new issue of Americas Quarterly, we asked people, “What would you tell the next U.S. president about Latin America?” To see other authors’ responses, click here.

It was a landmark step. You should strengthen and expand this initiative — with special attention to the threats facing the Brazilian Amazon, where significant reductions in deforestation would produce enormous reductions in emissions. The work that still needs to be done is formidable.

Between 2004 and 2015, Brazil made great progress by reducing the deforestation rate of its Amazon region by more than 75 percent. But even with this large reduction, in the past three years, the region lost an average of 5,578 square kilometers (2,153 square miles) of forest annually, an area roughly the size of Delaware.

Zero deforestation should be the goal. But achieving it requires combining public policy initiatives with the positive influence of the market. For example, the U.S. and Brazil should deepen cooperation to enforce the Lacey Act against illegal logging. This would entail working together to improve the traceability of timber harvested in the Amazon and exported to the U.S. One way to do so is by exchanging data on logging permits. Additionally, the U.S. could help Brazilian and U.S. firms to fulfill their goals to curb deforestation by helping Brazil to implement full traceability of cattle in the Amazon region.

Brazil could benefit from the U.S. experience in managing national parklands to balance conservation and economic development. Although over 272 million acres of the Amazon have been allocated as conservation units (in the form of parks, national forests, etc.), the generation of jobs and income from these areas is currently only a fraction of its potential. Tourism and other activities in the U.S. national park system generated $32 billion and supported nearly 300,000 jobs in 2015. A Washington-sponsored initiative to develop collaboration between U.S. federal parks authorities and their Brazilian counterparts, including state and federal conservation authorities, would be a major step forward.

Investing in forest-based development would generate environmental and economic gains for both countries. We urge you to work with Brazil to develop the pledged Binational Program on Forest and Land Sector Investment and convene a public-private Forum on Innovative Forest Investment to increase investments in sustainable forest management and forest restoration in the region.

In their June 2015 declaration, the U.S. and Brazil also pledged to explore joint projects on clean energy. Studies show that several large hydropower plants proposed for the Amazon by the Brazilian government are very likely to increase deforestation as well as conflicts with indigenous peoples. U.S. collaboration would enable Brazil to develop other clean energy sources such as solar, biomass and wind, without increasing emissions — and avoid social conflicts associated with hydropower plants.

Further destruction of the Amazon would accelerate climate change, extinguish thousands of unique animal and plant species, and bring suffering to its indigenous peoples. Conserving it is in the U.S. interest as well as Brazil’s.

Any opinions expressed in this piece do not necessarily reflect those of Americas Quarterly or its publishers.
13 de July de 2016