Analyzing satellite data and records from Pará’s environmental agency Sema, the Brazil-based NGO found that 78 percent of logging documented via satellite between August 2011 and July 2012 was illegal. Some 122,337 hectares of rainforest was logged during the period, a 151 percent rise over a year earlier, when 48,802 ha were illegally harvested. 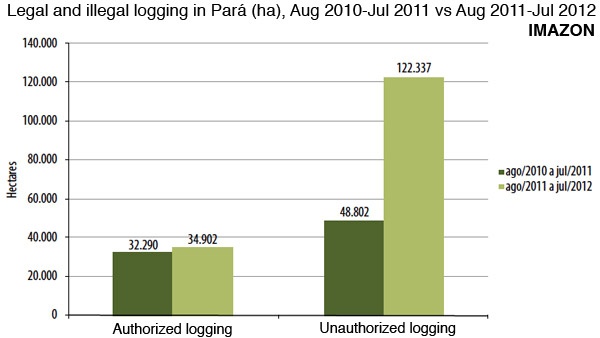 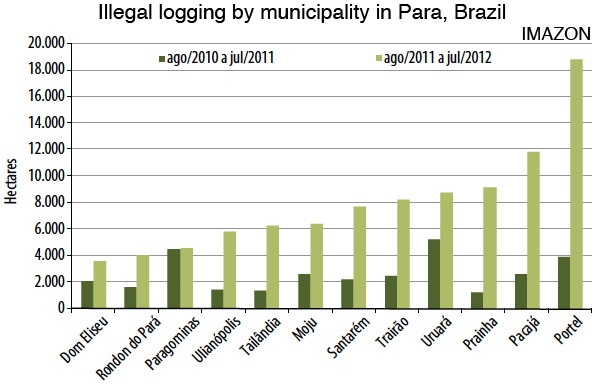 40 percent of deforestation in the Brazilian Amazon since 2004 — 44,361 square kilometers — has occurred in Pará.

Only 2,055 ha of illegal logging occurred within indigenous reservations in the state. In contrast, more than 8,000 ha of conservation areas were illegally logged.

Almost a quarter of illegal logging took place in areas set aside for colonization under Brazil’s agrarian reform program.

The study found that legal concessions were pretty well managed, with 87 percent of operating consistently with their management plans. Less than 300 ha of the 476,454 ha under logging concessions was deforested over the past five years. 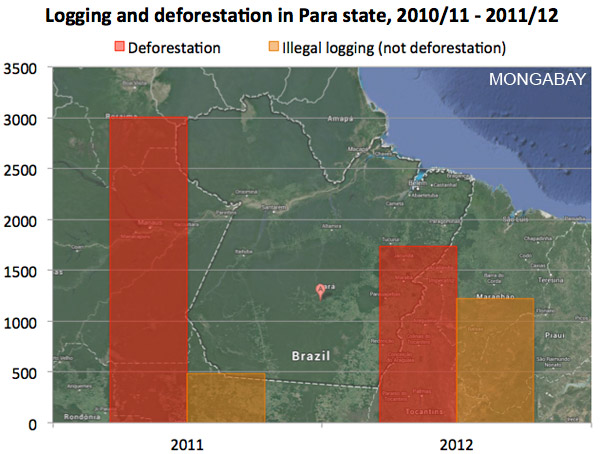 The increase in illegal logging comes despite an overall drop in deforestation during the period: Pará saw its annual forest loss fall 42 percent between 2010/2011 and 2011/2012, while the Brazilian Amazon as a whole experienced a 29 percent dip. Deforestation in Brazil is down sharply since last peaking in 2004.

Still the rise of illegal logging suggests that Pará may be at risk of seeing a reversal in its downward trend in deforestation. Studies have shown that logged areas have a much higher likelihood of future deforestation relative to untouched forests. Furthermore, forests degraded by logging are more vulnerable to drought and fire, which have been worsening in the region over the past decade. 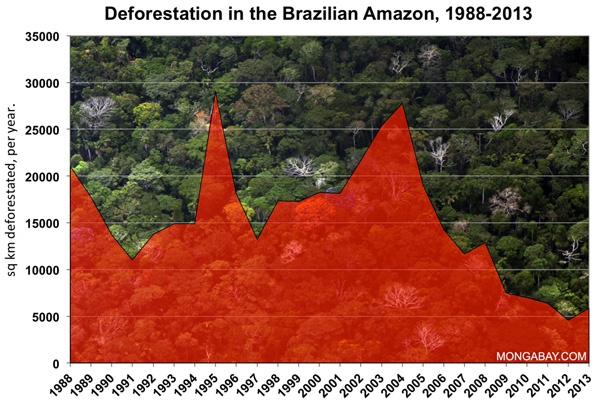 The Amazon is Earth’s largest rainforest. More than three-fifths of the Amazon lies within the borders of Brazil.

Trees of knowledgeRaiders of the rainforest