Cattle Ranching in the Amazon: trends and implications for environmental conservation. 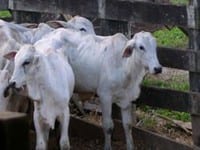 From 1990 to 2003, the cattle herd in the Legal Amazon grew by 140% from 26.6 million to 64 million head. Projections indicate that cattle ranching will continue to grow in the region. This potential could be used to stimulate its economic growth but at the same time it generates environmental concerns.
Three questions stand out in this debate (i) will ranchers in the region increase production by new deforestation or will they invest in increasing productivity on already cleared lands? (ii) will any new deforestation tend to occur in regions already settled or in new frontiers? and (iii) what are the options to reconcile cattle ranching growth with ecological and environmental conservation?
This book analyses the factors that brought about the rapid growth in cattle ranching in the Amazon, evaluates future scenarios and proposes policies which can reconcile cattle ranching development with environmental and biodiversity conservation.

Can Law Save the Forest? Lessons from Finland and Brazil.Forest fire and prediction and prevention in the Brazilian Amazon.