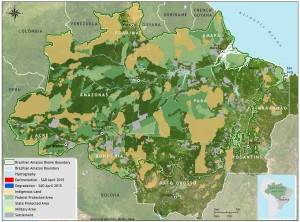 Did Ranchers and Slaughterhouses Respond to Zero-Deforestation Agreements in the Brazilian Amazon?Critical Protected Areas in the Amazon in the period of 2012 to 2014