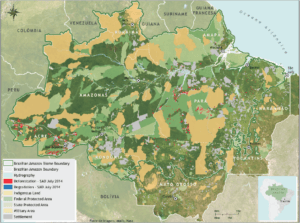 Roads, deforestation, and the mitigating effect of protected areas in the AmazonSocial Progress Index for the Brazilian Amazon: IPS Amazônia 2014 (Executive Summary)